The loot! Photo courtesy of the University Heights Tool Library.

Last month, the ToolMade Project worked with the founder of the University Heights Tool Library to secure more tools for this incredibly successful (and much needed) endeavor in Buffalo, New York, and we were thrilled to receive some updates this morning. The library provided the following wish list and received these tools about a week ago:

Beyond loaning out tools to members of the community, the library has a larger mission to “facilitate self-reliance, civic engagement, and grassroots reinvestment in neighborhoods by empowering residents to affect the positive change they want to see.” Yesterday, the tools were already being put to work cutting boards for Bailey Fights Blight, “a project working to address issues of blight and disinvestment along Bailey Avenue by infusing vacant and underutilized buildings with art.” In the spring, the boards will become a canvas for murals that are directed by – and reflect the spirit of – the community they will serve to beautify. Check out Darren Cotton’s post for more information about the donation and this project. 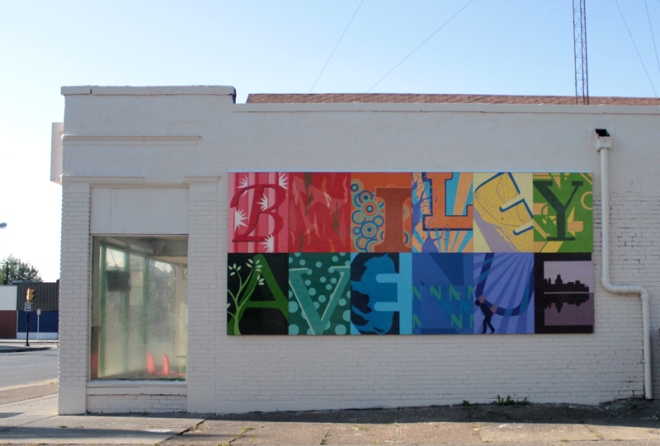 The first of many public art murals on Bailey Avenue created through partnerships. Photo courtesy of the University Heights Tool Library.

We couldn’t be happier to have been even a small part of this organization’s work. For more on the myriad of ways that the University Heights Tool Library is making an impact, visit their website here and check out last month’s ToolMade post.

*Note: Darren did such an amazing job summarizing the importance of these resources that many of the words in this post are his own. Thanks for making life so easy for both the people of Buffalo and also a gal in Chicago, Darren. All pics are of projects completed using the Tool Library’s resources.

Sometimes people take lemons and make Tool-Aid. Darren Cotton and his roommate were living off campus in the University Heights neighborhood of Buffalo and renting from an absentee landlord who didn’t exactly do much to keep the place up. So, instead of defaulting to complaining or complacency, they began doing a lot of the work around the house themselves, making incremental improvements and deducting material expenses from their rent. 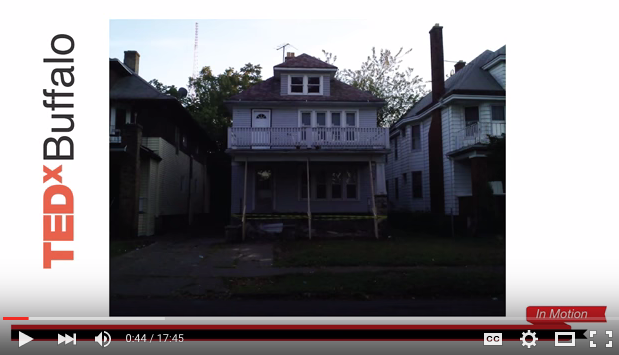 Check out the TedX Talk to learn more about where this initiative began here.

Throughout this process, Darren and his roommates found themselves raiding their parents’ garages for things like hedge trimmers, power drills, paint rollers, etc. It quickly became clear that in order for people to create positive change through repairing their homes and improving their communities, they would require centralized access to tools and resources (without spending a fortune). A year later, the tool library was born thanks to Darren’s tenacity and a startup grant from the City of Buffalo. 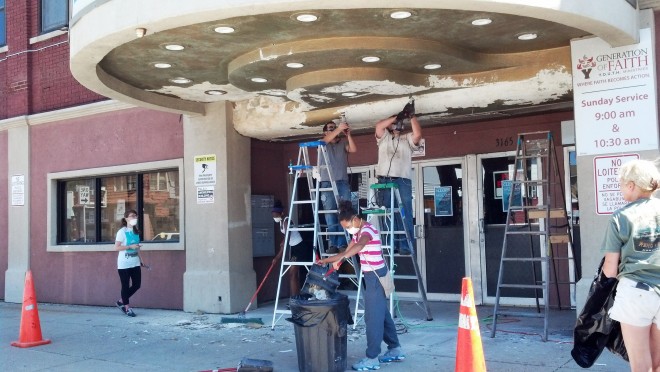 The mission of the University Heights Tool Library is to facilitate self-reliance, civic engagement, and grassroots reinvestment in neighborhoods by empowering residents to affect the positive change they want to see. The first tool library was created in Berkley, California in the 1970’s and there are nearly 40 of these around the country today. These low cost, high impact community resources have helped breathe life back into long neglected neighborhoods through the creation of numerous community gardens, the rehabilitation of a long neglected housing stock, and most importantly, through the empowerment of residents. Shared resources and collective action are a hallmark of tool libraries as is the importance of access over ownership in the new economy (e.g. I don’t need a drill, I need a hole in the wall.) In fact, the average drill is only used for 12 minutes during its lifetime (CRAZY).

The University Heights Tool Library operates as an all-volunteer nonprofit organization. Membership is $10 a year and allows members to borrow up to five tools at any one time for up to one week, with an option to renew for an additional week. All membership dues are reinvested back into the tool inventory and are either used to repair current tools or to purchase additional tools based on the demand and number of requests from members. 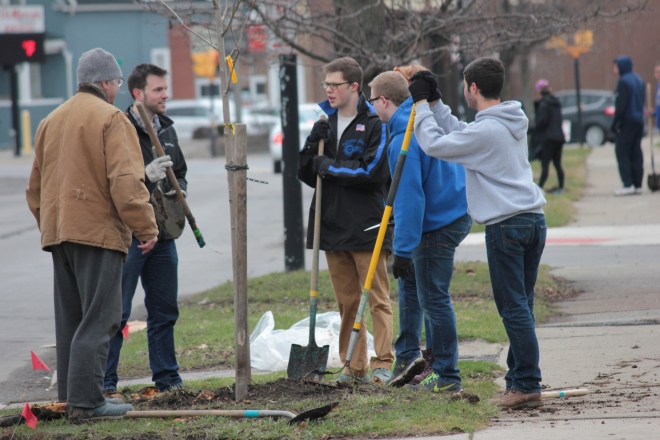 From a small membership of a dozen or so neighbors and an initial inventory of about 100 tools, today the Tool Library has grown to nearly 550 members and over 1,600 tools, all of which can viewed online using their new inventory management system. When researching the possibility of starting one of these up in Chicago, I can tell you that overwhelmingly, we were told by other successful tool libraries that a solid inventory system and regular tool maintenance were the lynchpins to success.

I’m not even sure what to add here. I mean, LOOK AT THESE STATS.

In addition to loaning out tools to individuals, the Tool Library draws much of its strength from partnering with block clubs and neighborhood organizations on projects that put their tools to work in the community – just a few of these are highlighted in the images above and you can see how they target the kinds of projects that really make a visible difference in a neighborhood. More on that in our follow-up blog when we show off the brand spankin’ new Craftsman tools that will be joining the inventory.